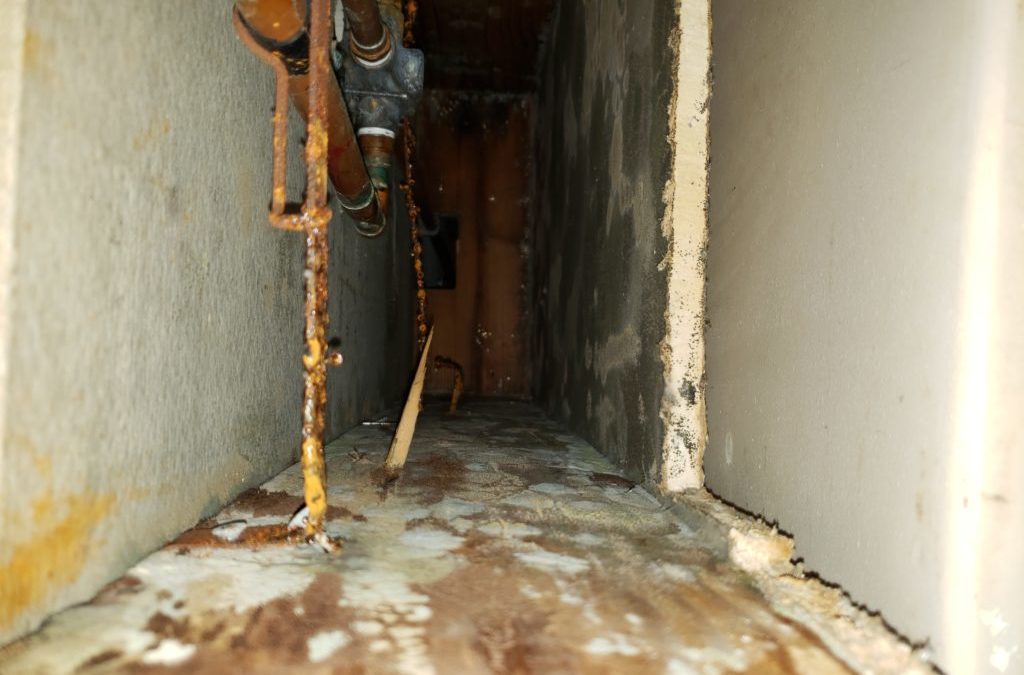 Mold was found in 35 Howard County public schools during the 2018-19 academic year, with a range of growth samples found on drywall to the chin straps of athletic helmets.

The reports were made between August 2018 and July 16 of this year, according to the school system’s Indoor Environmental Quality webpage. The school system said all of the cases have been remediated.

In addition to receiving reports from the 77 schools in the district, the school system also monitors administrative buildings including the central office, custodial services, ground services, Ascend One, the Dorsey and Harriett Tubman buildings, logistics, Old Bushy Park and Old Cedar Lane, according to the page. No cases of mold were found in any of the additional buildings.

In some cases, complaints were filed because of the concern of potential mold and then, upon investigation, nothing was found.

“The weather was extremely humid, and that moisture can make its way into the building through a variety of channels.”Lead found in water at 32 Howard schools during first year of state testing »

In 2016, 12 Howard schools were found to have higher mold levels than expected.

Concerns about mold were first raised in summer 2015 after teachers and students said they felt sick after being inside Glenwood Middle School. At the time, the school system’s remediation procedures came under fire by parents, residents and some elected officials, including Gov. Larry Hogan.

Potential health effects associated with mold exposures include asthma, allergic reactions, and other respiratory complaints, according to the Environmental Protection Agency. Mold exposure can result in irritation to the eyes, nose, throat, lungs, and skin to anyone, not just those allergic to mold.

On the Indoor Environmental Quality webpage, parents, teachers, administrative staff and others can submit concerns, view reports of environmental issues in schools and see how issues were remediated. The school system’s Office of Environment contacts each individual who submits a concern and performs an environmental assessment of the reported area.

The webpage, which “provides greater transparency,” was launched in August, Madden said.

A school system industrial hygienist, who assesses each school building including exteriors, above dropped ceilings and mechanical equipment, conducts the second walk-through.

The walk-through processes are based on the Environmental Protection Agency’s Indoor Air Quality recommendations for schools, according to the school system.

Many complaints in the 2018-19 academic year were filed for various school gyms and athletic storage closets.Howard schools CFO resigns to spend more time with family; district looking to fill the position »

In an outdoor athletics storage closet at Elkridge Landing Middle, mold growth was discovered on the handles of golf clubs and on the tape of field hockey sticks, according to the report.

Volleyballs were found with mold on them in Ellicott Mills Middle’s gym storage closet. At Lime Kiln Middle, mold was found on gym mats in a gym storage closet and in a corner of a gym closet at Guilford Elementary.

Mold was found in the shower area — not used by students — of the boys locker room at River Hill High, as well as on the chin straps of athletic helmets in the school’s outdoor storage area.

In numerous other cases, mold growth was found in the school’s portable classrooms, including on walls, ceilings, an air vent, in drywall and on carpets, according to various complaints.

Madden said the mold concerns in the portables last summer “were primarily the result of incorrect thermostat settings.”

When removing the protective box around the thermostat, individuals had sometimes changed the thermostat settings, not realizing the implications, Madden said.

“We have been surveying this summer to ensure proper settings are maintained in an attempt to minimize this type of impact,” he added.

Schools where mold growth was found:

Schools/offices with no mold complaints and/or no mold growth found: